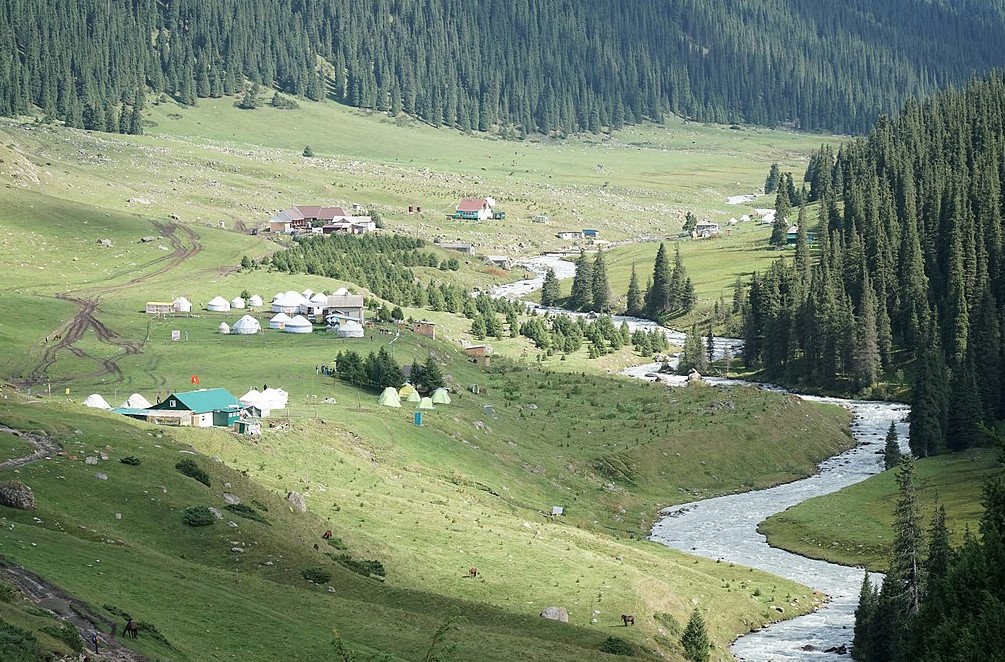 Canada’s Centerra Gold Inc. invested more than $3 billion over nearly three decades to turn a remote gold prospect in Kyrgyzstan into a prosperous gold mine. Then in May, the mine was taken over by authorities in the former Soviet republic.

Officials from Kyrgyzstan’s secret police arrived at homes of local mine managers to obtain computer passwords, confidential documents and keys to the mine and the head office of Centerra’s wholly owned subsidiary Kumtor Gold Co., people familiar with the matter and court documents said.

Mining and legal experts say the expropriation of one of Central Asia’s largest gold mines-which had accounted for about a tenth of Kyrgyzstan’s economic output-is one of the most brazen moves in recent years by a country to assert control over valuable natural resources.

Centerra is far from the only mining company that has tangled with governments in recent years. Gold or copper mines in Tanzania, Papua New Guinea, Mongolia, Indonesia, Greece and South America have been stalled or threatened as local governments pushed for more taxes, royalties or larger stakes.

Mining giant Barrick Gold Corp., for example, settled a standoff with Tanzania in 2019 by paying the African country $300 million and sharing ownership at three local gold mines. Tanzania’s president at the time said he was waging “economic war” against miners who weren’t paying sufficient royalties and taxes.

Many of the moves have been driven by a rise in commodity prices and, in the case of the Kyrgyzstan mine, rising social and economic strains caused in part by the coronavirus pandemic.

Robert Cohen, vice president and portfolio manager at Canada-based 1832 Asset Management LP, said he is avoiding stocks in Latin American countries such as Peru and Chile for the first time in decades, because governments are demanding higher taxes and royalties from miners.

Mr. Cohen had steered clear of Centerra’s stock before the seizure because “a stomach of steel” was needed given past tactics used by Kyrgyzstan against the miner, he said. A former Centerra executive was detained in Bulgaria for about three months several years ago after the Kyrgyzstan government issued an Interpol notice alleging he was involved in corrupt activities. The executive was released when Kyrgyzstan failed to produce documentation to support its extradition request, Centerra’s lawyer told a New York judge in July.

Four months before the Kumtor mine was seized, Sadyr Japarov, a nationalist politician and advocate of its nationalization, was elected president. His government said it took control of the mine after alleging Kumtor failed to follow local environmental laws to protect mountainous terrain near the property.

Scott Perry, Centerra’s chief executive officer, disputed that laws were breached. He said the mine expropriation was instead motivated by rising gold prices. “Clearly this is all about economics. You have a high gold-price environment, and they want a better economic deal. The playbook here is a premeditated seizure,” he said.

Salavat Ashirbekov, director of the Center for Court Representation of the Kyrgyz Republic, said Centerra’s accusations “were stated in the absence of evidence, are farfetched and do not correspond to reality.”

The expropriation of Centerra’s mining subsidiary is one of a number of recent unorthodox moves in Kyrgyzstan. These include an alleged attempt to divert a payment owed by a London trading company, a unit of StoneX Group Inc., to Kumtor Gold. In another instance, a court in Kyrgyzstan issued an order forbidding U.S. and Canadian lawyers from representing the mine in North American court proceedings.

Mark Bristow, CEO of Barrick, said after years of operating mines in Africa and elsewhere, he favors giving nations a fairer stake in local resource production so the interests of governments and foreign operators are more closely aligned in mining operations that can continue for decades.

This year Barrick agreed to give Papua New Guinea and local entities a 51% equity stake in a gold mine that was shut last year when the country refused to renew its mining license in a push for more benefits. The country’s prime minister, James Marape, described the deal in April as a historic step that would set a precedent for future projects.

When countries take such extreme steps as Kyrgyzstan, Mr. Bristow said, the local economy suffers in the long run because foreigners are less willing to invest or share technology and expertise.  “It is disturbing to witness this kind of behavior,” Mr. Bristow said. “This clearly isn’t about sharing, this is about taking the whole thing.”